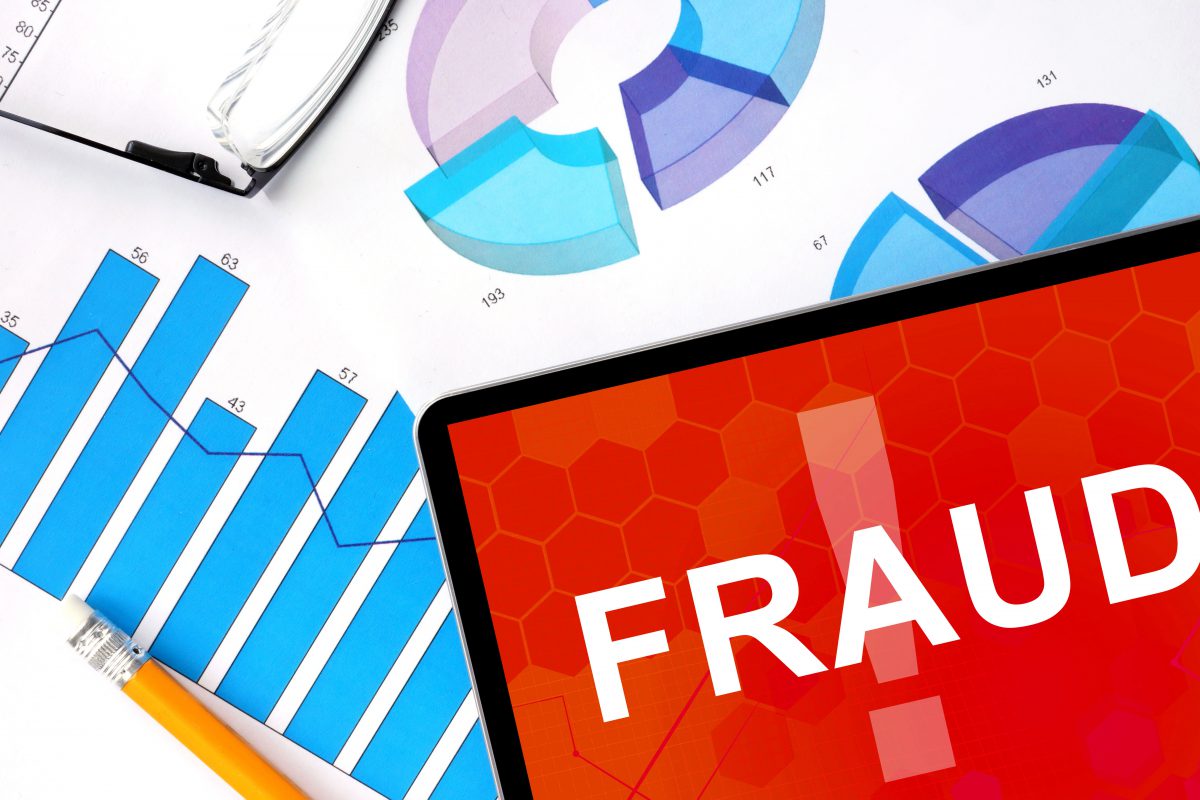 It may fly in the face of accepted ‘wisdom’ but the latest figures prove tech advances are making mobile marketing less prone to fraud than the desktop.

It has been far too easy for marketers to accept mobile was prone to ad fraud without having to actually weigh up the facts.

The proverbial new kid on the block has seen investment in mobile campaigns leap to a point where global spend is expected to exceed £130bn this year. With that level of expenditure, it is easy to see why criminals would target the channel and marketers might assume it is far more prone to fraud than desktop.

It has been just as simple to assume that when campaigns are bought programmatically, by machines bidding for space between themselves, they are more open to fraud than when advertisers and publishers strike a direct deal.

The problem is, these assumptions simply aren’t true and the latest figures prove it. So long as the right technology is used to protect campaigns, opting for mobile, and mobile programmatic, campaigns is actually safer than going direct.

Proof is found in the Media Quality Report for the latter half of 2017 from Integral Ad Science. To start with, though, it is worth conceding its figures do show mobile ad fraud runs at 9% for direct buys and 13% for general programmatic campaigns.

This is exactly what one would traditionally expect to find and should be set against the researchers noting a small rise in ad fraud across all channels.

However, this is for general programmatic trading. When the focus is on ‘optimised’ campaign where technology is used to ensure fraud is protected against, the level of advertising to ‘bots’ and fake sites drops to just 0.4%. 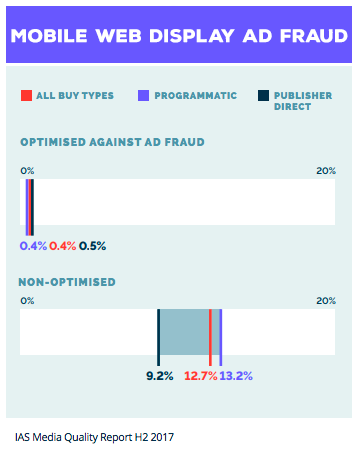 At the same time, the fraud level for direct buying also drops, to 0.5%. Though the proportions are very small, the figures back up a simple fact. Mobile programmatic campaigns can be better protected against fraud than direct buys.

The point is again underlined when attention shifts to mobile video advertising. As one might imagine from adverts that cost the most to run, fraud rates are usually higher because, one can assume, criminals are actively targeting where the bigger budgets are.

So, with mobile campaigns that are not optimised against fraud, direct buys from publishers sees a fraud rate of 11.5%. With mobile programmatic, the rate drops significantly to just 4.1%. 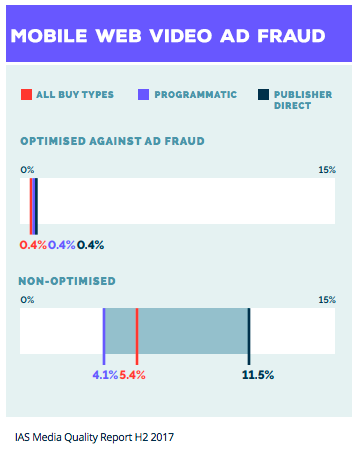 Again, mobile programmatic proves to be less prone to fraud than campaigns directly booked with publishers. This is the exact opposite of accepted ‘wisdom’.

To truly ram home the point, it’s worth looking at desktop video and comparing it to mobile.

When desktop video campaigns are optimised, fraud rates fall to 1.1% for programmatic and 0.9% for direct buys.

However, when mobile video advertising campaigns are optimised, fraud plummets to 0.4% for both direct and programmatic buys.

To put this another way, when campaigns use technology to combat online criminals, fraud is twice as high for desktop video campaigns bought directly with publishers than it is for mobile campaigns bought programmatically.

If this sounds the wrong way round, it’s for the very good reason that this is flying in the face of what people have allowed themselves to think for far too long without ever considering the technological improvements being made to protect mobile marketing.

For balance, it should be pointed out that the figures do show a rise in the risk to brand safety, such as ads appearing on adult sites, when campaigns are mobile. There is also a small decrease in viewability for mobile campaigns. 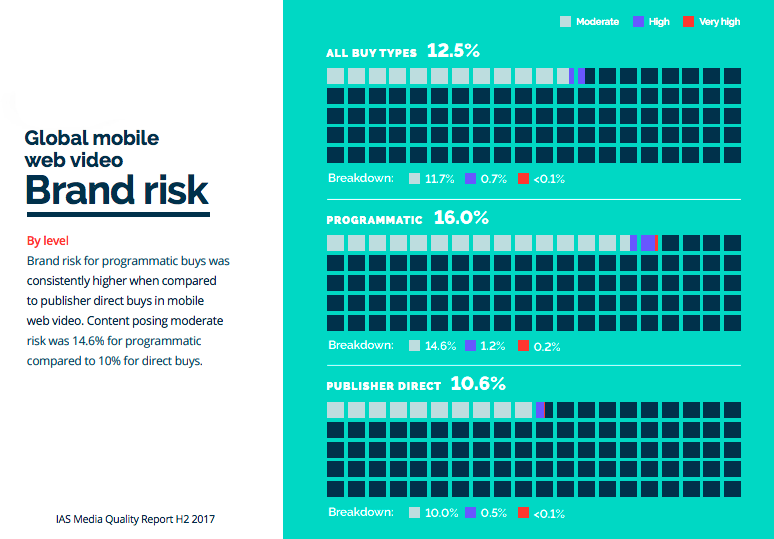 However, if the latest figures do one thing, they help mobile marketers put a lazy assumption to bed. Mobile marketing actually turns out to be less prone to fraud than the far more established channel of desktop advertising.

As budgets have flown into mobile, so too has the investment in technology to protect this spending. The result is a complete reversal of what people have been allowed to assume for far too long.