What do the Western publishers need to know about the Chinese mobile ecosystem? What are some of the DO’s and DONT’s of launching in China? Let’s find out!

Mobvista’s Mobile Sales Director & UA expert Alexander Janssens spoke at the PocketGamer Connects conference in Finland about China’s mobile market and how western publishers can launch and achieve sustainable growth there. Here are the 4 main takeaways from this presentation.

How many mobile internet users does the USA have? What about China? If you don’t know the answer, don’t worry, we’ll tell you: there are approximately 270 million users in America, but over three times more (800+ million) users in China, making it the country with the most citizens connected to mobile internet in the world! Not only that, but over 99% of China’s internet users rely on their mobile phones to access the internet, making it the country with the highest mobile internet penetration in the world – in other words, China is a mobile-first country!

Due to its huge focus on mobile, as well as its massive mobile internet population, China is an extremely attractive market for app publishers all over the world. Add to that the fact that 28% of all consumer spend on games last year came from China and you can see why many western publishers are looking to expand there. 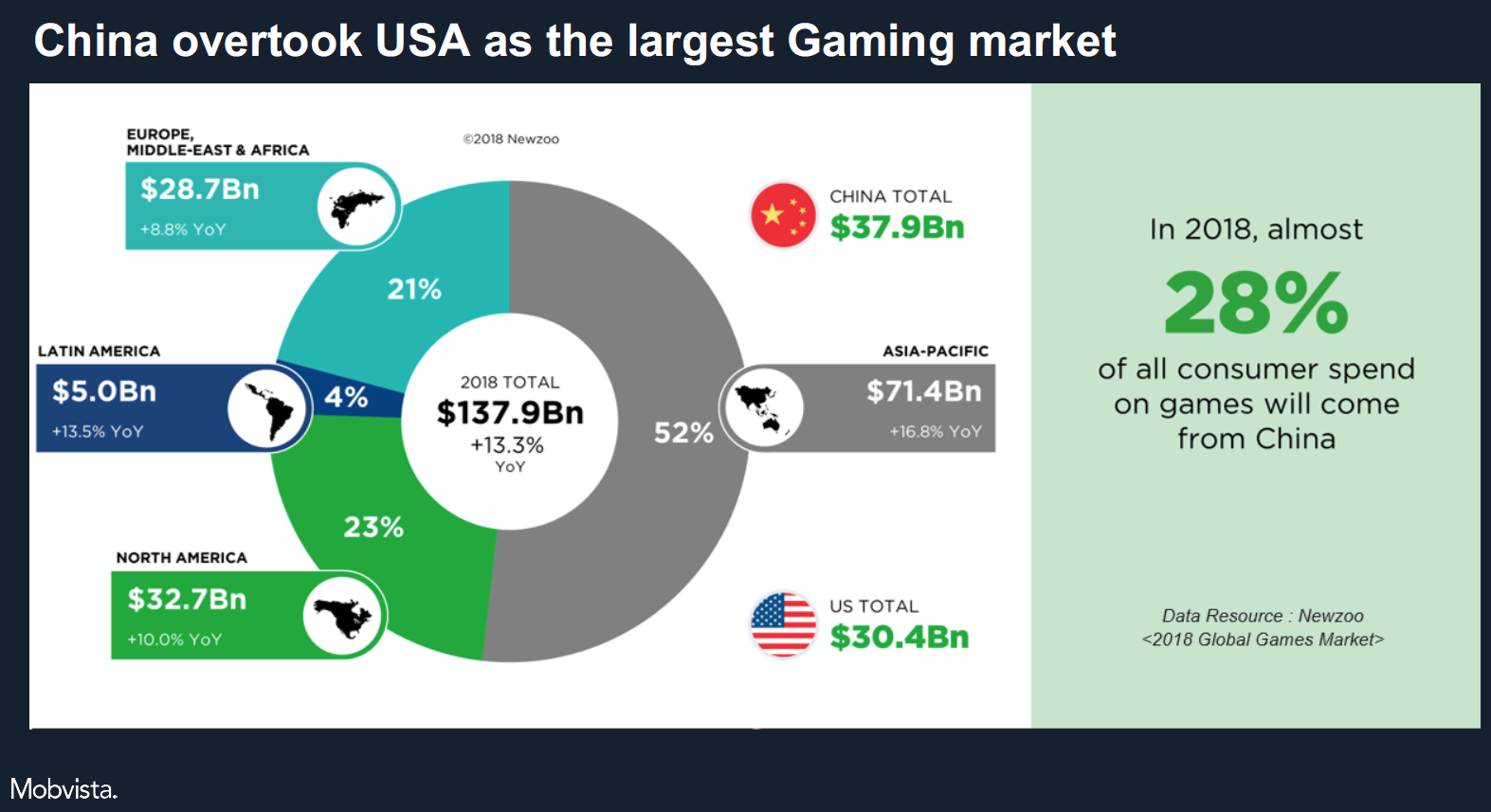 China’s mobile ecosystem is vastly different from the rest of the world. Mobile internet giants like Google, Facebook, Twitter or Snapchat are banned or blocked, which might make things complicated for publishers used to working with them in the West.

With the biggest players from the West unable to enter the Chinese market, domestic companies were able to seize the opportunity and take the largest piece of the mobile internet pie. In fact, over 75% of mobile usage time in China belongs to 4 companies:

This could be seen as good news for western publishers since they only need to work with a small number of companies to reach most of the Chinese userbase. Not only that but Mobvista is an authorized service provider for China’s top media platforms – you can read more about them and how we can help you work with these platforms here: part 1 and part 2. 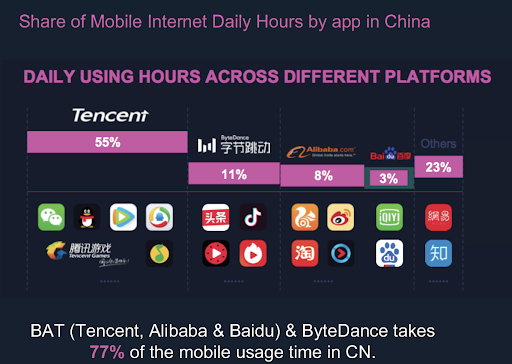 3. Launching in China is challenging but rewarding

Many publishers see China’s mobile ecosystem as one that is quite intimidating, mainly due to the fact that it is vastly different from anything in the West:

It’s not all bad news, though. While the Chinese market might seem impenetrable, with the right partners and the right strategy, Western publishers can achieve growth at an incredible scale. There are some opportunities that are simply too good to pass: 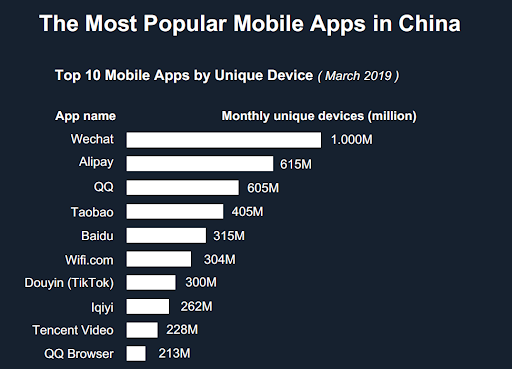 4. DO’s and DONT’s of launching in China

So you’re ready to launch in China – what’s next? We have 7 tips for you:

With China’s massive mobile ecosystem being radically different from any other territory in the world, it’s no surprise that Western publishers have difficulty entering this massive market. The lack of familiar faces like Facebook, Google, Twitter or Snapchat, combined with the dominance of domestic players like Tencent, ByteDance, Alibaba and Baidu, means that publishers looking to launch in China must change their strategy and must find local partners to achieve success.

The good news is that the market is massive both in terms of users (over 800 million) and revenue (25% of the world’s gaming revenue comes from China). And if you’re looking to launch and grow in China, look no further: Mobvista is your one-stop-shop, so get in touch with us today!