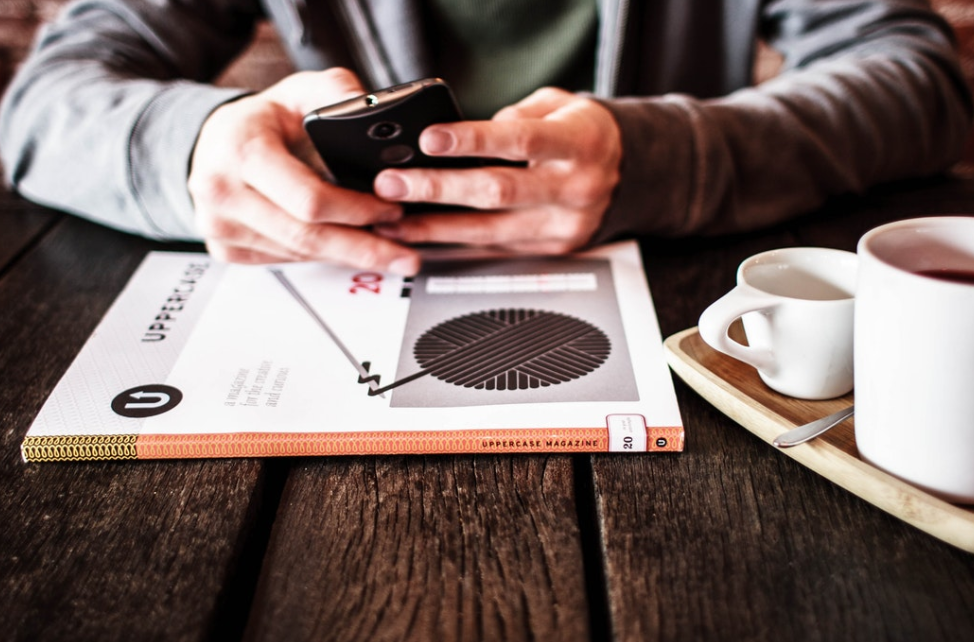 This year alone, we’ve seen the number of mobile internet users pass the 7 billion mark and they have collectively spent a staggering 1 billion years online. But what does the new year hold for mobile advertising?

Interactive ads, augmented reality, voice advertising, artificial intelligence, 5G, vertical videos…it can be easy to get lost in all the advances that have taken place in the mobile ad industry.

This year alone, we’ve seen the number of mobile internet users pass the 7 billion mark and they have collectively spent a staggering 1 billion years online. But what does the new year hold for mobile advertising?

Here are five trends that we think will shape the industry in the coming year.

Artificial intelligence (AI) has the potential to grow even faster this coming year. While mobile advertisers have been quick to wake up to the possibility that it could solve the problem of personalising ads to users, we predict that 2019 will see that awaken translate into growth in its usage.

As it stands, all the major companies in the world are pinning their hopes on it.

Google, Apple and Samsung are all investing heavily in AI. And in China, Alibaba unveiled plans this year to invest $15 billion in research labs all over the world, intended to help it serve local brands with the help of new AI applications.

Mobile advertising companies should therefore be looking closely at developing their own in house AI teams to either understand the opportunities it offers or to create their own intelligent applications.

Transparency will become the norm

The EU’s General Data Protection Regulation, also known as GDPR, was introduced on the 25th May, 2018 and it changed the stakes for advertisers.

Working on the principle that a users data belongs to the user, not the body collecting said data, companies were required to build privacy settings into their digital products, regularly conduct privacy impact assessments and gain granular user consent or face fines of up to €20 million or 4% of global turnover.

This has transformed the face of digital industries for good. Part of this has been on a legal basis. Since the measure was enacted in May, 8000 GDPR breaches have already been reported in the UK alone – showing that there is real awareness of GDPR’s implications and a keenness to show regulatory teeth.

But on a bigger scale, it has the potential to undo years of mistrust in digital companies amongst consumers.

According to TRUSTe/NCSA, 92% of online customers cite data security and privacy as a concern. Meanwhile,  57% of consumers don’t trust brands to use their data responsibly, according to the Chartered Institute of Marketing.

But with GDPR establishing a new standard that is fast becoming a global norm, data transparency will only likely increase in 2019.

Voice assistants will raise the heat for SEO

Almost one third of the 3.5 billion searches performed on Google every day have been voice searches. In Asia Pacific as much as one in two people are using voice search tools. And a lot of those searches came from personal assistant devices such as Amazon’s Alexa, Apple’s Siri or Google Assistant.

This suggests that voice assistants could be a new channel for mobile advertisers to start targeting in the coming year. ComScore estimates that by 2020 half of all search queries will be voice based. And as voice search queries produce fewer results than an app store or web search (because reading out 100 options would be tiresome), this could present a new challenge for advertisers.

In particular, SEO and ASO keyword battling could become even more important in 2019. As user habits shift from typing and reading to voice activated search, there could be significant wins in 2019 for top ranking organic search results.

Ad fraud cost advertisers an impressive $19 billion in 2018. That is about $51 million per day, 9% of the total digital advertising spend, according to Juniper. And, unfortunately for business, it is unlikely to improve in the coming year.

While companies are getting better at dealing with challenges like click spamming and identifying bot activity, new developments in AI will – unfortunately – help ad fraudsters to find new ways to pinch from publishers and developers.

As a result, companies heading into 2019 should be prepared for a fight. By 2022, Juniper predicts that companies will be losing $44 billion to fraudsters if the industry doesn’t organise a concerted defence. The threat of AI led ad fraud should, hopefully, concentrate minds.

Finally, the road to China is only likely to become even more important in the coming years.

With more than 800 million users, China’s internet market is the largest in the world. 98% of its users access the internet via their mobile phones, according to the China Internet Network Information Center. And with those users already accounting for $1 out of every $4 dollars generated globally across app stores, it’ll be hard for companies to stay out of the market.

The key question for advertisers and publishers will be how they get into the market. After a year dominated by a major freeze in video game releases in the country and increasing regulation of the digital space from government, it’ll be more important than ever for businesses to find partners to help them negotiate their way into the monumental market.