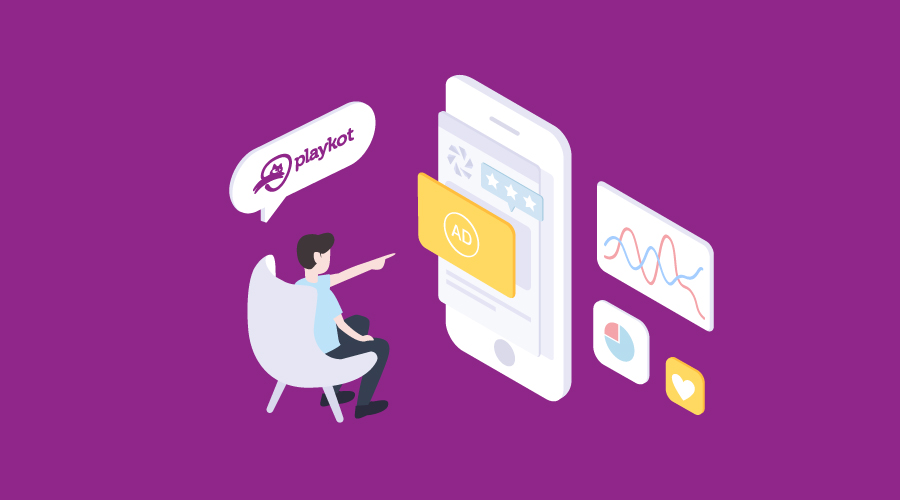 For many Russian mobile games publishers, China is a key market. There are quite a few similarities between the two markets, particularly when it comes to a love of RPG’s and MMO’s.

Russian games publisher Playkot Studio wanted to bring its latest title, Age of Magic, to Chinese gamers. Age of Magic is a  turn-based fantasy RPG that tells the story of legions of epic heroes fighting on the remnants of an ancient magical world. It includes multiplayer modes and is cross-playable between iPhone and iPads.

In the 10 years the Playkot team have been making games, they have gained a reputation for making popular, high-quality role-playing games for a variety of different platforms.

After sketching out some initial ideas for a new fantasy-themed game in 2014, they started developing Age of Magic back in 2016. It took several years to develop the game, but it was finally launched in May 2018 – quickly becoming the studio’s biggest hit to date.

We talked with Vasily Smetanin, the director of marketing for Playkot, and asked him about the company’s approach to launching the game in China, and what their experience has been to date.

Is this the first game you have launched in China?

No – but it is the biggest game we have brought to Chinese gamers so far. Our first experiment with the Chinese market was with SuperCity Mobile. With that game, we mainly ran video advertising campaigns via networks in China.

What difficulties have you encountered with the launch of Age of Magic in China?

There were several! Firstly, the process of completing all the necessary paperwork before launching is rather difficult. It was a long process, but in the end, we got the green light.

Secondly, we realised that we needed partners who could buy direct traffic on local social networks. So we set out to find reliable companies to work with, that offered normal commission rates and high-quality traffic.

Thirdly, because the market is so different, we had difficult decisions to make when it came to scaling up our acquisition campaign. At first we were afraid to invest a large budget, so we started by spending smaller amounts via our local partner and watched the results. As our confidence grew we began to increase the volume of traffic. SO we learnt the importance of finding trustworthy local partners.

Did you localize Age of Magic for China?

Yes of course! In China it’s essential to localise the in-game text and dialogue, so we started this process before the full global launch. We initially kept the graphics identical to the Western version, and rolled out the game in China as-is.

However, with Chinese New Year we knew we had a great opportunity to introduce some more localised character art, So we launched an in-game event called Lunar Festival which was a little event about characters from Journey to the West, and put out a bunch of hero skins in traditional Chinese outfits.

What channels did you use to promote the game?

We started our campaign just with video ads on networks that had Chinese inventory. After several test campaigns we were happy with the relatively high ROI we were achieving and decided to scale up our budgets. This was when we began to look for direct traffic from Chinese social networks.

We targeted mobile and PC gamers who have an interest in RPG games. But obviously, there is a huge crossover between the types of games that people like to play. For example, plenty of people that like to play Battle Royale-style games will also play a deeper and more complex game like Age of Magic.

Because of the amount of competition in the Chinese gaming market, attracting players becomes a vital part of any marketing strategy. Through various channels Age of Magic began to attract more Chinese players, but for such a large-scale project the growth wasn’t enough.

Why did you choose Ocean Engine?

It was Mobvista’s suggestion that we target new users via the short-form video platform, Douyin . Douyin has grown rapidly to the point that it is the leading short video platform in many markets. This made it a logical choice for a targeted campaign.

Bytedance, Douyin’s parent company,  has its own advertising platform called Ocean Engine, which is where the Mobvista began promoting Age of Magic. It covers all of the key products published by ByteDance; Toutiao, Douyin, Xigua Video, etc.

But more importantly, as a video platform itself, Douyin users are used to seeing video ads, which is the best format for promoting mobile games because video lets you really show the action and features of the games. This helped Playkot achieve good results.

Using Ocean Engine’s targeting and planning tools Mobvista was able to triple the number of new installs in just ten days, at the same time reducing the Cost-Per Install to $6 from the $10 we were already paying.

What creatives did you use?

Age of Magic is a beautiful game, so we took real renderings from the game as a foundation for our ad creatives. This also meant that anyone watching one of the ads could see actual footage from the game, and not a high-resolution movie that only exists in the advert.

In some Chinese social networks – including Douyin – you can’t include links within an advert. So how did you track the campaign?

That’s a good question. In the end we used our own tracking system, which allowed us to use attribution and tracking from AppsFlyer with the Ocean Engine traffic data.

Which team on your part worked on the promotion of the game?

Because China is such an important market for us we have created a dedicated Chinese media buying team consisting of product managers, account managers and media planning.

What was your target audience on Douyin?

Our core target is gamers aged 24 to 40 years old, followed by gamers in the 18 – 23 age group. For the most part we targeted males that are interested in software, games and food. We found that Ocean Engine’s targeting tools were very good, and Mobvista came up with a range of different creatives to help us target a wide audience within our targeting parameters.

What were the biggest factors in making the campaign for Age of Magic a success in China?

Once we had decided with Mobvista to use Douyin for a lot of our acquisition campaign, there were four factors which contributed to the overall success:

By the end of the campaign, we had achieved an average CPI in China of $6, versus a global CPI of $10. Just as importantly, more than 11% of people that saw one of our ads clicked through to install the game.

The campaign was such a success that after 10 days we had already recouped the original budget.

What one piece of advice would you give to someone looking to launch a game in China?

China was, is and probably will always be a very attractive but very difficult market. However, it is possible to significantly simplify the launch at China by choosing the right marketing channels to reach your ideal users, and it’s essential to find the right local partner to help you plan and execute your campaigns.