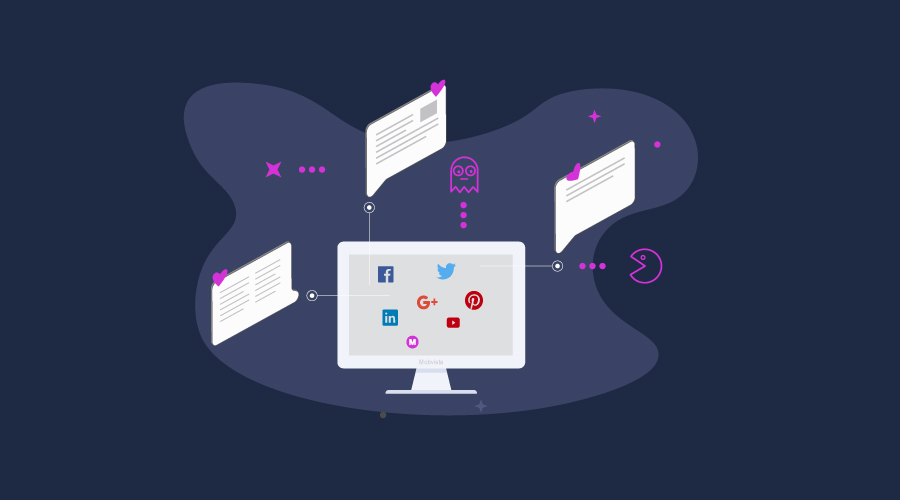 We've hand-picked the 6 most important articles about the industry for you. Let's read these articles and see what's going on during the first half of 2019.

It’s been a busy year so far and we know it can be a bit difficult to keep up with everything in the industry, especially the things that matter to you. This is why we had a look at what’s been going on this year and hand-picked the 6 most important articles you need to add to your reading list.

New year, new me, right? Well, kind of, but we all know the start of every year means it’s time for two things: retrospectives and predictions. From the Chinese market closing its doors on new mobile games to major IP titles shutting down, you could say 2018 was a bumpy ride for mobile game developers. But it’s not all doom and gloom as the gates have been reopened and we’ve got major games looking to launch this year, some based on huge IPs like Game of Thrones and Harry Potter.

In terms of market disruption, we’ll have to keep an eye out for Epic as they’re looking to take on PC gaming titan Steam with their Epic Game Store, while also looking to start distributing Android games on their platform. Speaking of Android, another one to watch out for is Rovio’s Hatch service, a gaming streaming subscription that went live just recently.

But wait, there’s more! What about esports vs. hypercasual gaming? Is mobile esports going to break out and find success outside a few niche titles? We think this is the year we’ll be able to answer this question.

An overview like this doesn’t do the article justice, so make sure you read the full piece right here:

2. How is Social Media Different in China from the West?

From a Western point of view, social media in China is probably equal parts overwhelming and fascinating. You’ve got over 20% of the entire world’s online population in China, which in itself is mind-blowing. But add to that the fact that tech giants like Facebook, Twitter and Google are banned and you’re looking at a completely different ecosystem.

But it’s not just the sheer size or the absence of Western platforms, the apps themselves are on a different level: the so-called mini-apps that run inside established apps like WeChat completely change the way the social media game is played.

So what’s the social media landscape like in China and who are the biggest players in the market? Check out our blog below to find out:

How is Social Media Different in China from the West?

3. Statistics that Show You How to Capture the Potential of China’s Short Video Platform Market

It’s no secret that China is home to the single largest online population and unless you’ve been living under a rock over the past year or so, you probably know what TikTok (aka Douyin) is. But did you know many other video apps have found similar success in China?

We took a look at the main short video platforms available in China and checked some key stats to see how they differ in terms of their users’ age, gender, usage frequency and income – you know, the good stuff.

With many short video platforms available to different key demographics, it’s extremely important to know which ones you need to target in order for your brand to get maximum exposure, so make sure you give this a read:

4. Stadia – Is Google’s New Platform the Future of Gaming?

Back in March, Google announced that they will be launching their own game streaming service called Stadia. That news took the industry by storm and for good reason. Just the thought of playing high-level AAA titles from any device you own using Google’s own cloud infrastructure is enough to make anyone imagine this is the future of gaming: platform-agnostic play with no restrictions on your own hardware, the eternal challenge that all console and PC players know all-too-well.

There’s been a lot of buzz around this announcement and even though the idea is not entirely new (remember OnLive?), or the fact that there’s going to be plenty of competition in this area (Hatch, Apple, Microsoft), we had to stop and ask ourselves: could Stadia revolutionize the concept of gaming? And never mind the PC or console titles, what does this mean for the mobile gaming market as a whole?

Check out our blog entry below to find out more about the Google Stadia concept, how it works and what it means for the future of the gaming industry:

Stadia – Is Google’s New Platform the Future of Gaming?

5. How to Combat Advertising Fraud in the APAC Region

Advertising fraud – a nasty term that neither the advertisers nor publishers like to talk about. The bad news: it’s something that has been growing in size over the last year and it’s looking to increase in 2019. The good news: there are ways to avoid falling prey to these fraudsters.

With the global mobile advertising industry worth over $130 billion in 2018 (and no signs of stopping for at least a few years), it was only a matter of time before the bad guys would take notice.

What is the impact of mobile ad fraud on the APAC region? Which APAC countries are more likely to fall for this? What can we do to mitigate the impact of ad fraud? Spoiler: there’s hope. Read our blog to find out more:

How to Combat Advertising Fraud in the APAC Region

We’ve looked at the mobile video ad trends in the United States to try and figure out things like mobile vs non-mobile ad spend, the impact of social media on mobile advertising, and more. But rather than telling you more about it, why don’t you check the whole thing for yourself: