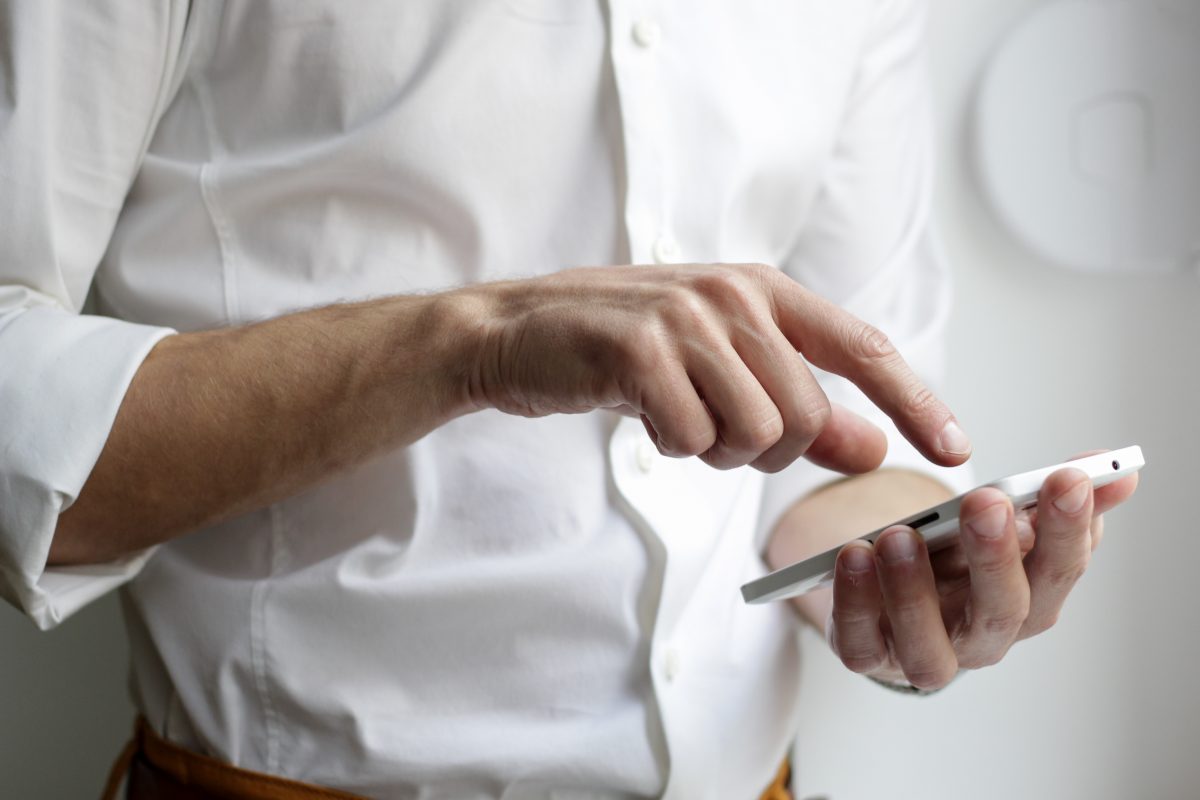 Why you shouldn’t use an ad blocker

When Twitter user Ben Chase recently shared a number of Tweets about why news organisations are finding people won’t read long articles, he probably didn’t realise it would generate more than 30,000 likes. Chase, who has just 900 followers, highlighted the number of ads and other web tools that take up on screen space. 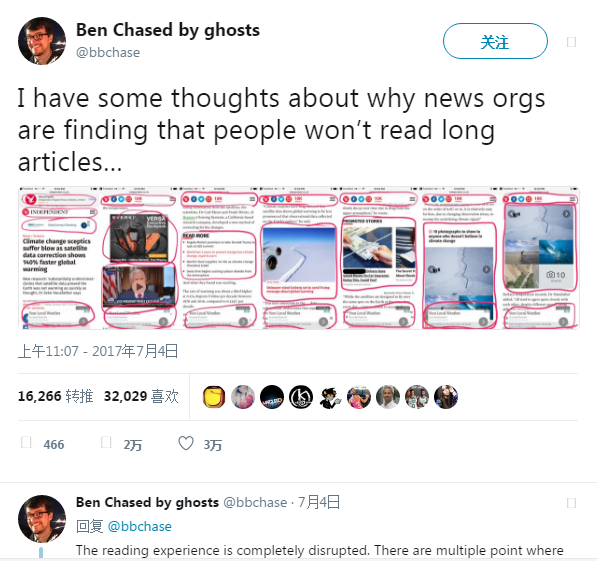 Chase’s key point was that the reading experience is being disrupted by all of number of ads, social share tools and other elements that come up when reading news online. 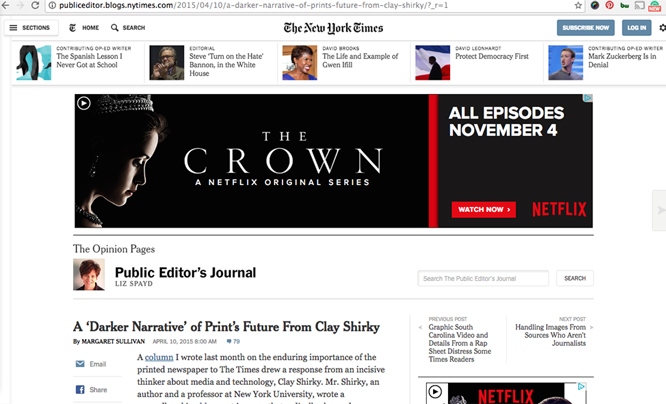 The huge ad covers most of the page, with a further ad seen to the side, taking away the focus from the content and resulting in a bad user experience. As Chase went on to discuss, the mobile web is also plastered with ads like these. But on mobile there is also the issue of different screen sizes, and issues with loading times and data use, that arguably make the problem even worse.

While most people realize that ads are a necessary part of being able to access content freely, there has been a growing backlash from users who want a cleaner experience – as evidenced by the rise in people using ad-blockers.

In simple terms, an ad blocker is a small piece of code that runs in the browser, blocking ads and other web tools such as newsletter popups or social sharing tools from appearing. Some ad-blockers are able to monetize by having a whitelist of sites that pay to automatically bypass the ad-blocker on their sites, through a whitelist tool.

AdBlock Plus is a well-known blocker which launched eleven years ago. Today, it’s available for Chrome, Mozilla, Safari, Android and iOS. 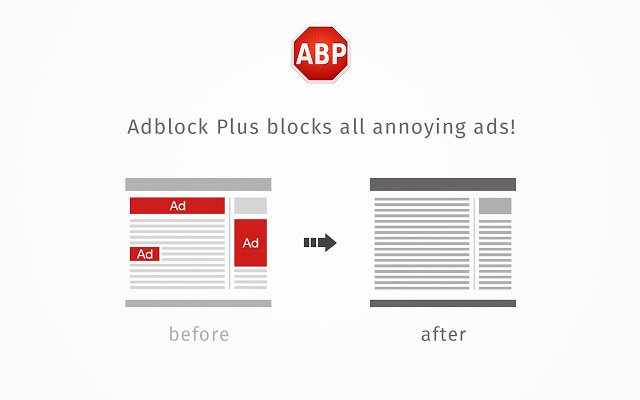 Globally, there were an estimated 615 million devices blocking ads globally by the end of 2016, with mobile accounting for 380 million of those devices, according to PageFair’s 2017 Adblock Report. As shown in the chart below, mobile ad blocking usage (the red line)  has quickly grown by more than 100 million devices each year. 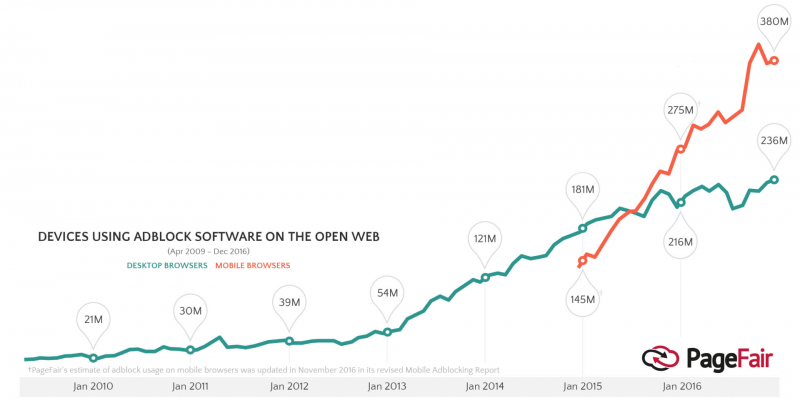 Ad blockers are so popular that even scammers are trying to trick users. In early October, nearly 40,000 people mistakenly downloaded a fake, malicious version of Adblock Plus from the Google Play store.

Apple and Google both offer ad-blocking in their browsers. And they aren’t alone. Most of the popular mobile Internet browser apps now include ad-blocking technology to try and offer what so many users clearly look for: a cleaner web browsing experience.

The Change in the Ecosystem

With revenue plummeting, as a result of ad blockers, sites which offer content for free are having to think about alternative ways to monetize, such as the reintroduction of paywalls. Meanwhile, others are having to use tools that detect whether users have ad-blockers enabled, and request to be whitelisted to view content.

As an ad network, Mobvista understands the impact ad blockers have for platform owners, news sites and others that rely on web (desktop or mobile) advertising.

So what can web publishers do to try to turn the tide on ad-blockers?

What Can We Learn from Ad-blocker?

To change the reputation of ads on the web, advertising itself need to change. Ads need to become content that tell a story.

Ad-blockers will automatically lose value if ads become something useful, rather than being a distraction. And if ads become useful then users, publishers, advertisers and ad Networks themselves will benefit.

To deliver value to users, publishers, advertisers and ad networks must improve their ad delivery to deliver a better experience. Simple banner ads and pop ads can no longer survive.

Instead, they must evolve. Here are a few examples of how ads can be better and tell stories: 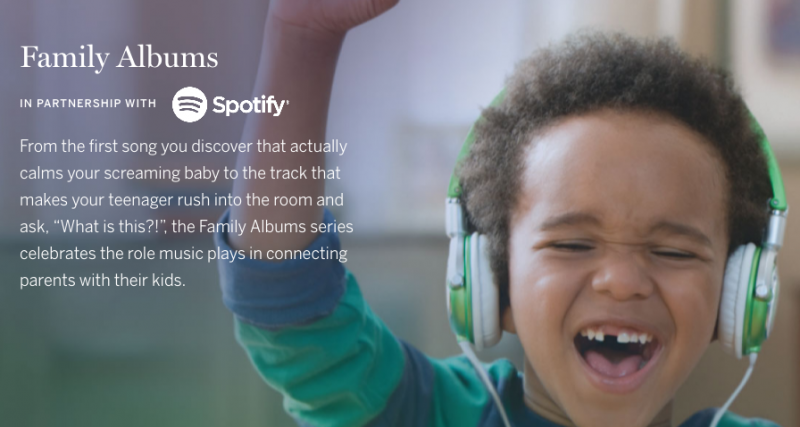 The native ads of Fatherly, a start-up in New York, on the music streaming media Spotify (on the home page of paidpost) 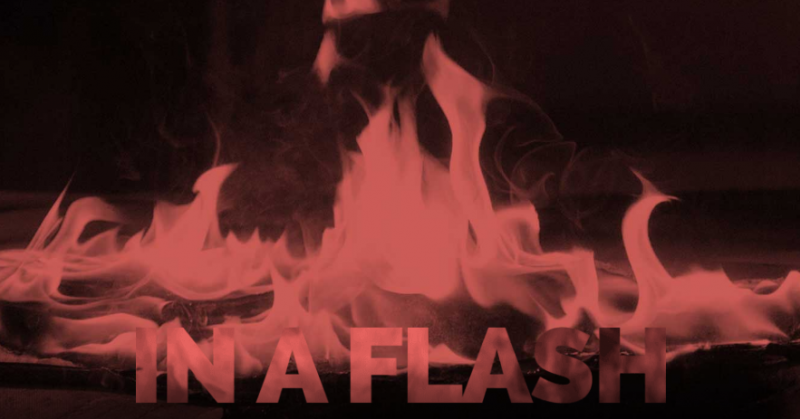 1. How Ad Blockers Are Changing the Online Advertising Landscape in 2017

2. The state of mobile ad blocking: Taking stock of what the internet giants are doing to prevent (or enable) it