Ramon Zhu is vice president of data science at Mobvista.

When it comes to artificial intelligence (AI), we’ve come a long way since IBM’s Deep Blue beat chess master Garry Kasparov back in 1996.

Now, AI is emerging as the driver of the fourth industrial revolution and of the next phase of growth in the video games industry. And China has made no secret of its intention to be one of the biggest players – if not the biggest – in the sector in the world.

The Chinese AI sector has already attracted the most funding globally and is already delivering the highest number of research papers on AI-related subjects.

The State Council (the main administrative body in China) released a roadmap last July stating its aim to create a domestic AI industry worth one trillion yuan by 2030.

At the same time, the Ministry of Education launched a five-year AI talent training programme to get the best minds in the field. The gaming and social media giant, Tencent, is also betting big on an AI future. In 2016 it opened a dedicated AI lab in Shenzhen with the vision to “Make AI Everywhere”. 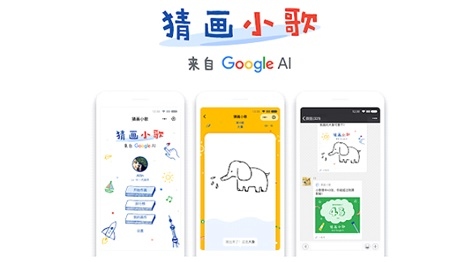 So, considering China’s deep interest in AI and its enormous gaming market, what will likely be the impact on AI in video games in the future? And how will that impact be felt in China?

We’ve taken a look at four areas where AI could shape the video games industry in China and beyond.

One of the first ways that AI will shape – or be shaped – the games industry will be through mobile games. This is apparent from a couple of games already on the market.

Google has recently released a new artificial intelligence game on Tencent’s WeChat. The game is called Caihua Xiaoge and it is similar to the previously released “Quick, Draw!”. 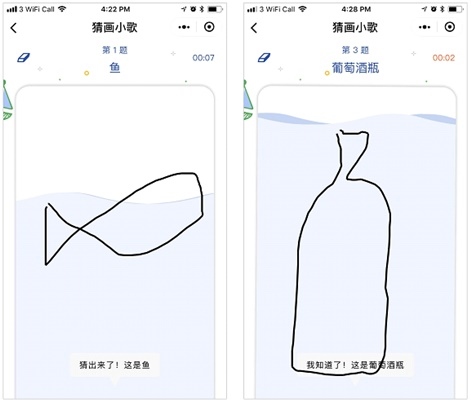 Players must draw a simple sketch of a named object in a limited time of 20 seconds. If the AI figures out what the player has drawn, they can progress to the next round – rewarding the player with progress, while also teaching the AI at the same time.

So while this simple drawing game might prove good fun for you, it’ll also play a major part in improving Google’s overall AI image recognition systems. When you consider that these image recognition systems are being used in self-driving cars and to help identify a disease, it’s possible that AI games like this will be able to change the world while entertaining players.

Everyone in the mobile games industry is aware of the game discovery problem. It therefore isn’t much of a surprise to hear that many companies – including ourselves – are looking at ways to deploy AI to resolve this problem.

AI is really good at crunching data and building a tailored experience based on your tastes. And because today’s advertising industry is already based on concepts such as personalisation and programmatic advertising, AI is well placed to tackle the discoverability problem head-on.

It’ll be able to do so in a number of ways. As the Techmergence blogoutlines, AI will be able to increase the discoverability of games through by supporting advertisers as they buy, improving search algorithm accuracy and – potentially – opening up new markets through voice search.

And while these trends will likely emerge across the world, expect Chinese companies to lead the way. With a company like Tencent invested in AI, publishing video games and managing store discovery across multiple platforms, it is likely they will find a way to deploy AI to support discoverability.

Perhaps the most immediate threat AI poses to jobs in the games industry is quality assurance (QA) testing.

Game testing is tedious (perhaps that’s why it is such a common entry-level job). Bugs can be unexpected and require taking strange actions in a game to uncover them. And with many of China’s leading games being multiplayer titles, it’s essential that online games are tested as thoroughly as possible to avoid game breaking (and player churning) experiences.

Fortunately, AI’s are potentially well suited to taking over QA work. They’re, AI’s are particularly good at doing random things in an environment. They can test information regularly, rapidly and efficiently. They are also able to remove strain on workers, preventing burn out or crunch – a common problem amongst QA testers.

That’s why we’re starting to see the first companies make baby steps in QA testing. For example, the start-up Appdiff says it built its AI-driven mobile testing platform to deliver mobile application testing without any human involvement at all.

And with a gaming market like China’s dominated by mobile gaming, it is likely to prove a fertile testing ground for new applications such as these in the future.

4. A new participant in esports

Esports is growing around the world, but it’s already monumental in China. The sector already generates hundreds of millions of dollars and is set to generate $1.5bn in China alone in 2020.

This means that players, teams and esports organisations will need different ways to stay ahead of the competition. And that’s where AI can come in.

For the most part, the fascination with AI in esports has come from watching them beat leading esports pros “Deep Blue” style.

At the beginning of this summer, Danil “Dendi” Ishutin, one of the best Dota 2 players on the planet, competed against OpenAI’s Dota 2 bot in a 1v1 match and lost twice. By the end of this summer the AI – now called the OpenAI Five – had beaten a full team of professional players who have been playing Dota 2 since its inception.

However, while that’s impressive, it’s unlikely that esports competitions will feature AI. Instead, it’s likely that AI will be used to help teams devise their approaches to the specific game. 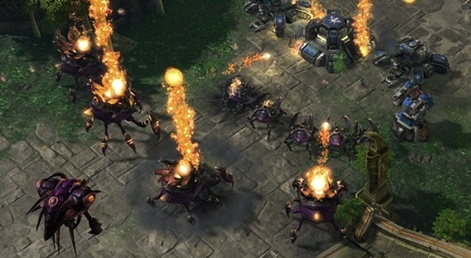 For example, Tencent’s AI team – again – showed a possible way forward with this. It designed two AI’s capable of beating the Starcraft II: one authored, one operating through machine learning.

It is therefore possible that a leading esport team could use the information gleaned from both AI’s to build strategies in a game or learn how to counter specific opposing tactics – handing forward-thinking organisations a potential competitive advantage.

AI will impact the video games industry across the world. The global nature of the gaming economy means that it will undoubtedly reach players and businesses across continents, inspiring research and development along the way.

However, China’s reputation as a major player in the space will hand businesses based or operating in China an advantage as the industry adopts AI.

Kai-Fu Lee, Beijing-based author of AI Superpowers: China, Silicon Valley and the New World Order, claims that we are set to see a “substantial acceleration and deepening of AI’s impact across China’s economy”.

If this proves to be true, then China will be well set to light the fires of a video gaming AI revolution in the coming years.