How Can Mobvista Maintain Long-term Leadership in Appsflyer Performance Index?

Another big thing is the performance of Mobvista, the No.1 mobile marketing platform in Asia. In the latest AppsFlyer performance index, Mobvista ranks 6th in iOS index and 4th in Android index, and is the only top6 mobile marketing platform for both iOS and Android after the big three giants – Facebook, Google and Twitter. It should be noted that Mobvista moves up 13 places for iOS retention ranking and 5 places for Android ranking.

In the mobile marketing dominated by internet giants,Mobvista has gained a firm foothold in industry rankings.Its robust development backed by its business model and strategy is rarely seen in the competitive mobile marketing industry.

Balanced Development in both iOS and Android Platforms

Today, Android and iOS develops in tandem in mobile OS market. Plus Android’s market share in Chinese tier 2/3/4 cities and momentum in European market, it is natural for mobile marketing companies cover both platforms.

This shows that Android and iOS users have increasingly different preferences when selecting apps. Mobile market industry grows rapidly and the iteration cycle is reducing. When selecting partners for global promotion, app developers have to evaluate strengths of marketing platforms based on attributes of their mobile apps in order to reduce selection cost. This is why mobile marketing platforms have to cover both Android and iOS. From retention rate (quality) and total installs (quantity) investigated by AppsFlyer, Mobvista has the ability to acquire massive high quality users across the world.

“Going out or death” – as Chinese mobile internet advances, more and more developers are entering overseas markets. As the No.1 mobile marketing platform in Asia, Mobvista’s traffic covers over 240 countries and regions. Mobvista started its businesses with international attributes and have world leading customers like Baidu, Alibaba, 360, Uber, PayTM, SGN and Electronic Arts etc. This year, Mobvista accelerated its globalization strategy by acquiring NativeX, an American native ad company, and Game Analytics, a famous game data analytics company in Europe, all in the first half of this year.

Click here to Read the Full Report by AppsFlyer 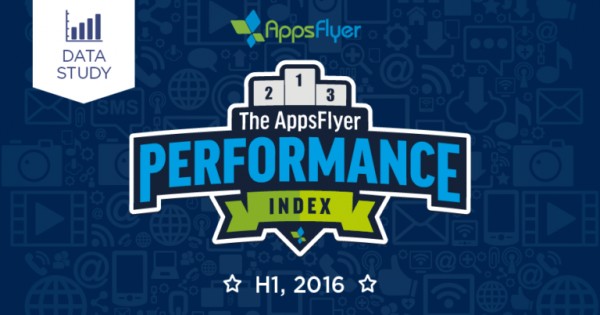