The Mobvista mission in India is to empower advertisers to attain high-quality users and improve ad performance while at the same time empowering developers to monetize and achieve increased revenue. 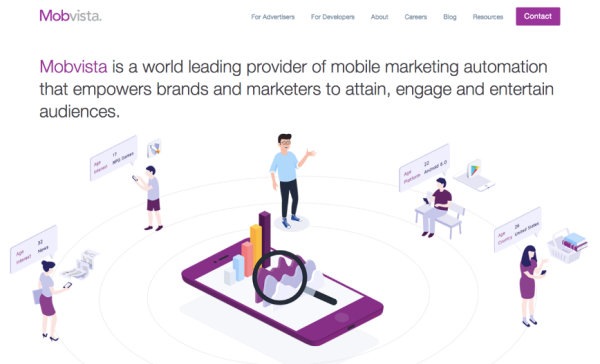 Mobvista  recognizes India as a high-priority market for mobile advertising and thus, reinforces its commitment to the region by expanding operations. Since Mobvista started in 2013, India has consistently remained one of the company’s priority markets, underscoring India’s growth in the mobile advertising space. To foster continued growth and harness the vast potential in the region, Mobvista had appointed Neeraj Sharma, Head-Business of South Asia & Middle East to grow and deepen commitments to Mobvista Indian partners.

The number of internet users in India is expected to reach 500 million by June 2018, according to a report by the Internet and Mobile Association of India (IAMAI) and Kantar IMRB. The number of Internet users stood at 481 million in December 2017, an increase of 11.34% over December 2016 said the report titled, “Internet in India 2017.”

The Mobvista mission in India is to empower advertisers to attain high-quality users and improve ad performance while at the same time empowering developers to monetize and achieve increased revenue.

Marking a remarkable inroad in the country, Mobvista has grown its Indian business at a very fast pace. The company has built an impressive list of around forty successful domestic clients from different industry verticals such as FMCG, E-commerce, etc.

Neeraj Sharma, Head-Business of South Asia & Middle East, said, “I am extremely delighted to be working with Mobvista I truly believe in its vision of empowering advertisers and developers in India and globally. I am proud to take this vision forward as we offer a complete suite of products that can unlock the full potential of our partners and customers in India. We have some great partners in India including Makemytrip, Goibibo and Myntra, and are very positive to have more and more domestic corporations partner with Mobvista in the coming days.” He added, “The mobile digital advertising industry had seen a slight dip last year, but in 2018, we predict significant growth in this industry due to increasing mobile subscribers and availability of cheaper data.”

Abhiruchi Bhushan, Manager – User growth, Myntra said, “India will definitely see a surge in consumption of mobile internet in 2018. Given its expertise, Mobvista is a great partner for us in the country both for user acquisitions and monetization. They have been instrumental in helping us maximize business value with respect to mobile advertising. We are confident that Mobvista will yield us long term benefits, and we look forward to more years of partnership with them.”

Mobvista has also built an outstanding customer base in its home country China. The Chinese advertisers include both premier Chinese internet companies like Baidu, Alibaba and Tencent, as well as unicorns like Ofo, Topbuzz & Mobike.