Is the mobile gaming market ready for hypercasual 2.0?

Though it's crowded at the moment, there is still room for developers and publishers to carve their own niche in the hypercasual market.Instead of the death of hypercasual, we think 2020 will see it evolve and provide better options for developers, publishers and gamers alike.

Netmarble is looking to pivot toward hypercasual gaming, according to its EMEA chairman Baris Ozistek.
It’s an interesting move; Netmarble has typically focused on publishing larger games with a heavy emphasis on user retention.

Games in their library include the popular Lineage 2: Revolution and Marvel Contest of Champions, so is exploring the hypercasual market appears quite a departure for them?

Not so, according to Baris, who in a recent interview with PocketGamer.biz said Netmarble wished to combine its legacy in the MMORPG field with the popularity of the hypercasual market to create something new entirely.

“Now,” he said, “we have added a new genre called hypercasual 2.0, where our main focus is on lifetime value and retention. So we combine our strong muscles in MMORPG with hyper-casual genre and these two strengths create hypercasual 2.0.” 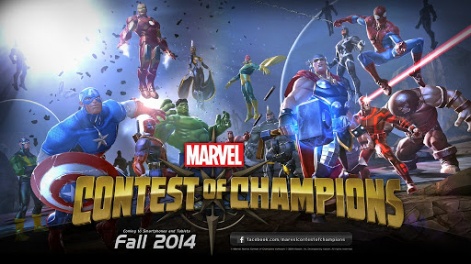 What Baris must also have noticed, too, is just how big a talking point hyper-casual games were amongst the 2,460-plus delegates at January’s Pocket Gamer Connects London.

Hypercasual is big business within the mobile gaming market, and is still relatively new. Which begs the question; is hyper-casual a long-term business model, or more of a transient trend?

Why is hyper-casual gaming so popular?

First, it’s worth underlining why hypercasual gaming is so popular in the first place. Baris summed it up pretty well in his interview.

“First of all, [games] can be controlled easily and this makes it so comfortable for players. There is no need for extra effort to build complicated strategies and to understand the game structure.

“Besides, goals are clear and simple. Playtimes are so short that users can play them on the bus, subway or while waiting for a friend in a café.”

Perhaps most importantly, he adds: “The main goal here is to avoid stress and frustration so that the user will be able to simply have fun in short sessions. Plus, this genre appeals to everyone including women representing 55 percent of the market.” 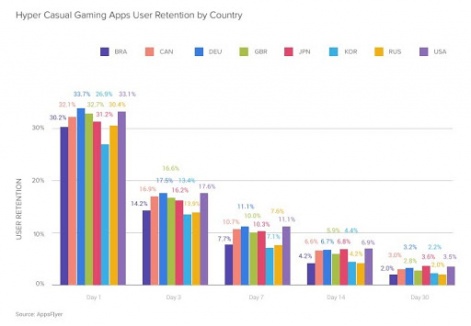 It’s a great summary of why mobile users have adopted hypercasual games so readily, and we recently wrote about why developers are also turning to them in their droves.

One of the biggest benefits to a hypercasual approach is cost, and how high acquisition rates in other game genres are turning developers to hypercasual, where there is a high day one user retention rate (33% – Liftoff and AppsFlyer data).

A hypercasual approach can also be quite lucrative, too, if actioned properly. With the bulk of a game’s revenue coming from display advertising, developers and publishers can use a large variety of ad formats to reach out to players while keeping bid costs low.

Has the hyper-casual market peaked?

All of these factors and others combined have helped to create a thriving hypercasual ecosystem over the past couple of years.

Close to 80% of install growth in the mobile gaming market came from hypercasual games in 2019, according to Omer Kaplan, CRO and Co-Founder of ironSource. Omer also highlights that the size of the hypercasual market is around $3 billion a year; displaying YOY growth of 33%.

But, in a sector where change comes thick and fast, has Baris seen that the hypercasual market has peaked and needs to evolve sooner rather than later?

While hypercasual game Sand Balls was installed an astonishing 32.8 million times globally in December 2019, there is evidence to suggest that mobile gamers have had their heads turned by idle games, and are investing more time in them.

Research by GameAnalytics at the end of 2019 found some interesting trends in the way the mobile gaming market is currently being shaped.

They found that players seem to be shifting slowly toward idle gaming, with idle games showing a higher number of sessions per day against hypercasual games (5.3 sessions vs 4.6 sessions respectively).

Possibly the biggest indicator for idle’s recent growth though is that the genre’s the leading performer in the arcade sector; something that’s a perfect fit for hypercasual.

With a steady decrease in retention for idle games, too (an indicator of market growth), then maybe hypercasual 2.0 can’t come soon enough for developers and publishers.

It’s not the end of the road for hypercasual gaming

Idle games also offer developers more revenue streams than hyper-casual games, with 37% using IAP as part of their revenue strategy as opposed to 5% of hyper-casual titles.

That may not necessarily be the fault of the developers and publishers, though, and more because of the saturation seen in the hypercasual market.

With so many developers and publishers looking to reap the rewards from the hypercasual phenomenon, it’s interesting to see just how crowded the scene has become in such a short space of time.

Working with AppMagic data, Mobile Free To Play has published an excellent overview of just how crowded the hypercasual market has become.

There are more publishers releasing more and more hyper-casual titles; the rate of new hypercasual games being released peaked in 2018 and saw signs of decline in 2019, with Mobile Free To Play citing issues such as more development time and testing for scaling before release.

More competition, a decline in the number of games being released, less divergent revenue streams and market oversaturation could all point to the demise of the hypercasual genre, but it simply isn’t the case.

Mobile Free to Play also highlights that while 2018 was a boom for hyper-casual gaming, 2019 was the year the trend actually became sustainable, with more games than ever lasting for longer in the monthly top 10 positions in the United States.

Though it’s crowded at the moment, there is still room for developers and publishers to carve their own niche in the hypercasual market, while pioneers like Baris Ozistek shape it for the future.

“Publishers have two choices,” Baris told PocketGamer.biz. “They need to catch the trends very quickly and publish hypercasual games constantly or publish more complex hypercasual games, which we call hypercasual 2.0, so that the success can be more sustainable.

Instead of the death of hypercasual, we think 2020 will see it evolve and provide better options for developers, publishers and gamers alike. 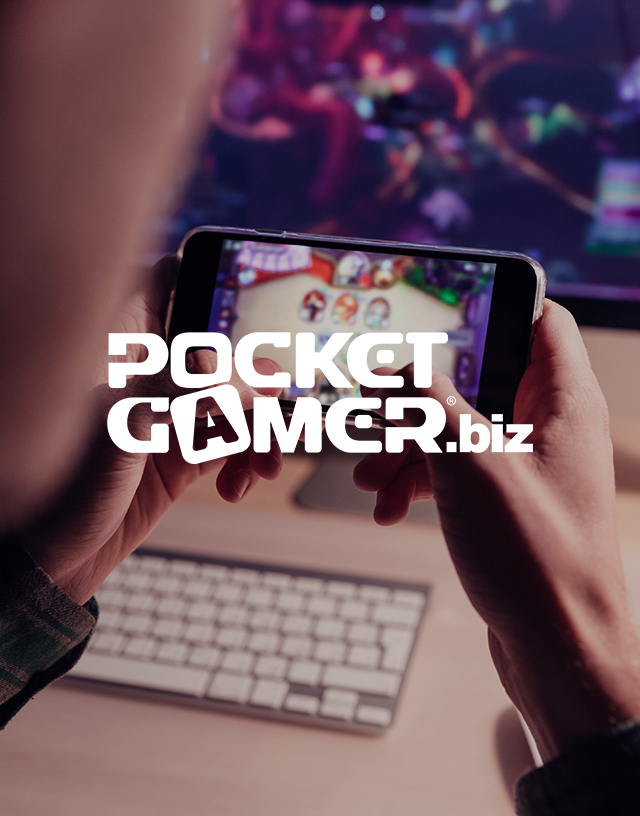