Is Mobile Having Its ‘Panda’ Moment?

As Apple readies a more private log-in facility, Google is offering a choice of browsers and blocking rogue ads worldwide. Does this mean that mobile marketing is finally pivoting to put customers first?

The Mobvista team discuss whether this year’s developments are a sign that the mobile marketing industry is starting to put the consumer first. 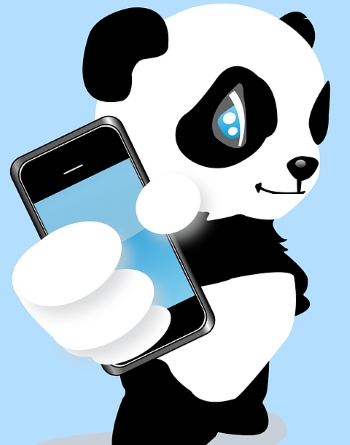 As Apple readies a more private log-in facility, Google is offering a choice of browsers and blocking rogue ads worldwide. Does this mean that mobile marketing is finally pivoting to put customers first?

Sometimes a digital marketing channel can get a good idea of how mature it is by comparing its progress with that of older channels. If mobile marketers were to look across to what is currently happening on desktop, they’d see a channel in the midst of what desktop SEO execs might fondly describe as their Panda, and then Penguin, moment.

These 2011 and 2012 revisions of the search giant’s constantly updated algorithm arguably did more to improve the quality of desktop and mobile search than any that had come before. They lay the groundwork for today’s content marketing industry where it is more rewarding to invest in quality than to try and game the system through short term trickery.

It is the same for mobile marketing, as this year appears to be the time in which it grows up and puts customers first.

Separate developments align
If we look closer, there are several developments in this movement – and they are not all altruistic.

The most obvious, which new Android phone users will already have started to notice, is there is now a choice of search engines. Previously Google had only pre-installed its own search engine and set it up as each smartphone or tablet’s default option.

This summer has seen the start of Google’s Android operating system asking owners, when they set up a new phone, if they would prefer to search the mobile web with an alternative such as Microsoft’s Bing.

Google is almost certainly not doing this as a goodwill gesture but rather as a reaction to being fined €4.34bn by the European Commission a year ago for anti-competitive behaviour. This beat the record it had already set a year earlier when it was fined €2.42bn by the European Commission for favouring its own services in its search results, particularly Google Shopping.

Better ad experiences
One area where Google may be seen as acting a little more altruistically is by trying to convince publishers to do the right thing by mobile web users. A new, more user-friendly version of Google Chrome has already been available in several markets, including the US and EU since February 2018. Google has now announced it will be rolled out by the end of the year globally.

It should hopefully spell the end of those awful experiences where users are bombarded with advertising that get in the way of consuming the content that prompted them to click a link. The new version of Chrome uses recommendations from the Coalition for Better Ads to filter out adverts that get in the way of a good user experience. The most obvious examples are pop-ups, auto play videos and ad units which take up too much of the screen.

This move to prevent publishers ruining user experiences is primarily aimed beyond the US and EU, as in both these markets the vast majority (believed to be as high as 99 per cent) comply with the Coalition for Better Ads standard.

While this may sound unrealistically high, Google has pointed out that one in three sites that would have failed the standard fixed their issues before the new Chrome browser was released last February, possibly to avoid adverts being automatically blocked.

In Asia it may well be a different story, with the suggestion that around half of publisher sites may not be compliant with the guidelines.

Apple goes private with log-ins
Warnings of a web-tracking ‘apocalypse’ with the change to how cookies are used never impacted mobile marketing. The fact that desktop browsers are pre-empting upcoming legislation, such as the ePrivacy Directive, by allowing web users to block cookies at browser level is largely irrelevant.

Instead, mobile marketing has always been focussed on ID tracking and using log-in information to know who a site or app visitor is so they can be served relevant content and, of course, advertising.

Here is where mobile marketing is going the extra mile this year. The two usual generic ways in which mobile users identify themselves is via Google or Facebook log-in features. There is much mistrust over how both use that data.

When you consider Google’s use of data in programmatic advertising, it is hardly surprising they are now the subject of an investigation by the UK’s data watchdog, the ICO. The same body recently fined Facebook the maximum it could, under pre-GDPR rules, for the misuse of personal information relating to the Cambridge Analytica scandal.

Hence, Apple has seen a way to add to its brand image through ‘Sign In With Apple’. When this is rolled out later this year on all new Apple products, and a new version of iOS, it will offer an alternative means to log-in to multiple sites and apps through the same credentials. The difference here is Apple is promising not to pass on that data on to advertisers.

The message is clear. Apple is not a company that relies on advertising, as Google and Facebook do. It makes money through selling hardware and taking a cut of app sales. This means it has no need for data that would be useful for an advertiser but that users may feel it is invasive of their privacy.

The year of (responsible) mobile
By the end of this year we will have a very different and far more responsible mobile marketing landscape. Google is already beginning to offer a choice over mobile search engines, and its latest browser technology will be blocking adverts on sites which are still using units that are too large or running auto-play videos.

Then, by the end of the year, Apple users will have a new log-in facility to replace those offered by Google and Facebook that will protect user privacy rather than harvest data for advertisers.

It may be too early to say for sure what the outcome of all this will be, but it certainly feels like what happened in desktop search sector eight years ago is now starting to take hold in mobile marketing. Then, it took search marketers a while to realise tricking Google was not worth the effort, and longer-term objectives could be met through responsible, strategic content marketing.

It feels like this is a journey mobile marketing is now taking in earnest. By taking away the rush for monetisation and focusing a little more on consumer needs, with the result being a more enjoyable and private customer experience.