GUANGZHOU, MINNEAPOLIS, SAN FRANCISCO, HONG KONG, BEIJING, NEW DELHI, SINGAPORE – MARCH 01, 2016: Mobvista, Asia’s largest mobile advertising company, announced today that it has acquired NativeX, which specializes in successful monetization and advertising through their innovative native ad technology for mobile games and apps. This includes NativeX’s robust native video advertising platform which includes Lightning Play™ video, offer walls, interstitials and other rich media formats. The deal is valued at 160 million yuan (An all cash transaction of 25 Million USD). Once the transaction is completed, NativeX will become a subsidiary of Mobvista, Rob Weber will continue as CEO of NativeX, and served as Vice President of the Mobvista Group.

Wei Duan, founder & CEO of Mobvista says, “NativeX is a solid, sustainable business and our technology focus and values are perfectly aligned to deliver rich growth opportunities to the mobile market and to further secure Mobvista’s international goals and success, especially to speed up our ability to supply substantial audiences in Western markets. Acquiring NativeX is another key step in realizing our global ad-tech vision to develop a multi-dimensional global ecosystem of mobile traffic.”

Mobvista operates a worldwide mobile ad network, receiving more than 10 billion daily impressions from integrated ad spots and websites across more than 240 countries. Founded in 2013, Mobvista has successfully developed billions of overseas users for thousands of clients. Mobvista has also been instrumental in helping many mobile games achieve significant success in Southeast Asia. In November 2015, the company had a listed market value of more than 6 billion yuan.

Wei continues, “Between Mobvista and NativeX, publishers and advertisers can expect to have the combination of the highest growth categories in mobile marketing including native advertising, video and other innovative ad formats — all with strong data driven technologies.”

NativeX has an audience reach of over 1 billion mobile users and works with more than 1,000 publishers including Yodo1, Square Enix, Fingersoft, Madfinger Games, Mag Interactive, Outfit 7, and Play With Games, as well as hundreds of top advertisers including Disney, King, IGG, Machine Zone, Zynga and Rovio.

“We look forward to a successful future as part of the Mobvista family and are exceptionally pleased with the many benefits this acquisition will bring to both our publisher and advertising partners as well as to our employees, “ says Robert Weber, CEO and co-founder of NativeX.

“The MobVista acquisition of NativeX allows us to expand the distribution of our native ad technology throughout the world for an even greater international presence. We are excited to bring Mobvista’s leading global demand to NativeX’s monetization partners and it’s strong global supply, especially in APAC, to our advertising partners.

As part of our merger with Mobvista, we will also be expanding our team to take advantage of the large opportunity in front of us.”

Mobvista ranked No.3, following Facebook and Google AdWords, in the Global Android Power Ranking released in 2016 by AppsFlyer, a leading mobile analytics platform. In AppsFlyer’s gaming and non-gaming performance index released in April and October in 2015, it also ranked top3 for both. Mobvista got listed on NEEQ in 2015, with a market value of around USD 1 billion.

About NativeX
NativeX is the leading native ad technology for mobile apps and games, providing effective user acquisition and smarter mobile app monetization through a wide range of both reward and non-reward rich media ads, including Lightning Play™ video, multi-offer walls, interstitials and other innovative ad formats. A feature-rich SDK which allows publishers to balance their monetization and make a wide range of changes in placements, rewards and ad formats delivered is one of many integration options available to publishers.

NativeX continues to be recognized as a top User Acquisition and Monetization provider from multiple industry publications including AppsFlyer, MobyAffiliates, VentureBeat and more, with leading publishers and advertisers voting NativeX as “Top 10 Most Effective Monetization Company” and “Top 5 Best Company for User Acquisition.”

With a team of 50 employees in Minnesota, California, and Finland, NativeX headquarters will continue to be based in Minnesota. 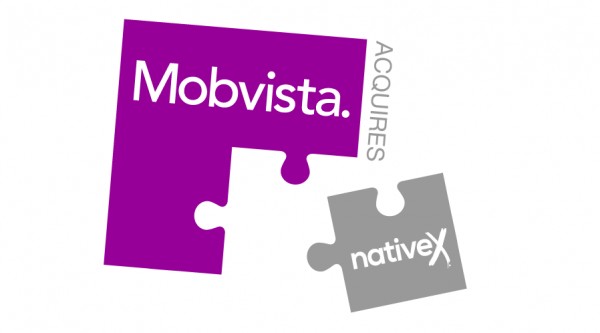